So, today I’m going to write about a rather contentious argument, which relates to Euthanasia or mercy killing. The term “euthanasia” is brought from the Greek word “euthanize” meaning “well death”. In recent years, there has been crying debate round the globe over the issue, whether euthanasia is legalized. Before going ahead on this issue, it is desirable here to first be introduced with this terminology.

Euthanasia is basically killing of patients by doctors at the instance of the patient in order to free him/her of excruciating pain or from terminal illness. Euthanasia may be classified into various subtypes too. But, the question at hand is whether or not should Euthanasia be legalized in other countries across the globe. Barely a few countries around the world give the patients rights to choose euthanasia as an option when life for them becomes so torturous and unworthy that the only exquisite left would be killing themselves voluntarily because that seems far better than living in extreme laceration. People have cited quite a few different opinions on whether or not should Euthanasia be legalized ! Euthanasia is a physician or others ‘killing’ of a suffering patient in attempt to hasten death and alleviate pain. In the game of life and death: life is the most obvious answer one would think. This is not always the case, so euthanasia or assisted suicide is an extremely controversial topic of today. It has many wondering if death really is the answer is some cases. What if one finds themselves terminally ill, in maximal pain, and no longer wishes to waste their life withering away in a hospital bed. Due to these reasons, certain forms of assisted suicide should be considered legal.

Euthanasia is advantageous in many more ways than disadvantageous. It can help a patient in numerous ways: it can stop the daily torment and cause an impending death to come sooner and thus save a lot of heartache and pain. It is a fact that there are many diseases out there that can cause a patient excruciating amount of pain. For instance, blood cancer can include symptoms such as bone fractures, repeated infections, and persisting bruises. If a patient tries every possible way to fight a disease but hits a dead end, it will simply be better to meet death in a dignified manner than die in a hospital bed not recognizing the person you’ve withered away to. Life is hard to live with any sort of terminal illness, in many cases death may be the better answer.

Not letting people practice Euthanasia goes against the freedom promised in America. Every person in this country has rights: a right to speech, learn, love, live, so they should have a right to die as well. If a terminally ill person wants to avoid excruciating pain and wants to end their life in a dignified manner, it is implied in the concept of ordered liberty. The right to exercise euthanasia is something one can choose for themselves and the courts should have as much a say in this matter as they do in matters such as marriage, family relationships, procreation, and the refusal or termination of life-saving medical treatment. We are said to live in a free country where we can make our own decisions, but are we really free if we cannot even make the choice to live or not live our own lives.

The ideas against Euthanasia or assisted suicide are flawed in several different ways. First of all, the Hippocratic Oath very clearly states: “I will neither prescribe nor administer a lethal dose of medicine to any patient” Although, it never says anything about using passive Euthanasia which means withholding common treatments such as antibiotics and other treatments for the continuance of life. Also, the Oath has been changed many times throughout history so what is different now. Before, the oath prohibited the cutting open of a patient, but now surgery is used worldwide. The oath can be altered to fit the reality of the time, Second of all, in a society of people obsessed with the cost of health care, Euthanasia is regarded with the dangers of a slippery slope. Arguments with the “slippery slope” state that if voluntary euthanasia is legalized, eventually non-voluntary euthanasia will be legalized as well. The idea of slippery slope does not stand strong with facts because there is nothing that corroborates the idea that legalizing one type of Euthanasia will lead to the legalization of all types of Euthanasia. All of the disadvantages against this practice are controversial and can be rebutted.
In the end, death is a tangible option for those who are suffering and do not see life as an option any longer. Many see it as inhumane and religiously wrong, but we must see it from the eyes of the patient. We are promised rights in this country, and the right to die should be right up there with the right to live. Due to these reasons, certain forms of assisted suicide should be considered legal.

Getting in touch with the forms of Euthanasia, They may be divided into the following :-

This is a morally unsatisfactory distinction, since even though a person doesn’t ‘actively kill’ the patient, they are aware that the result of their inaction will be the death of the patient.

Active euthanasia is when death is brought about by an act – for example when a person is killed by being given an overdose of pain-killers.

Passive euthanasia is when death is brought about by an omission – i.e. when someone lets the person die. This can be by withdrawing or withholding treatment:

Voluntary euthanasia occurs at the request of the person who dies.

Non-voluntary euthanasia occurs when the person is unconscious or otherwise unable (for example, a very young baby or a person of extremely low intelligence) to make a meaningful choice between living and dying, and an appropriate person takes the decision on their behalf.

Non-voluntary euthanasia also includes cases where the person is a child who is mentally and emotionally able to take the decision, but is not regarded in law as old enough to take such a decision, so someone else must take it on their behalf in the eyes of the law.

Involuntary euthanasia occurs when the person who dies chooses life and is killed anyway. This is usually called murder, but it is possible to imagine cases where the killing would count as being for the benefit of the person who dies.

This means providing treatment (usually to reduce pain) that has the side effect of speeding the patient’s death.

Since the primary intention is not to kill, this is seen by some people (but not all) as morally acceptable.

A justification along these lines is formally called the doctrine of double effect.

This usually refers to cases where the person who is going to die needs help to kill themselves and asks for it. It may be something as simple as getting drugs for the person and putting those drugs within their reach.

Passive euthanasia is legal in India. On 7 March 2011 the Supreme Court of India legalized passive euthanasia by means of the withdrawal of life support to patients in a permanent vegetative state.The decision was made as part of the verdict in a case involving Aruna Shanbaug, who has been in a vegetative state for 37 years at King Edward Memorial Hospital. The high court rejected active euthanasia by means of lethal injection. In the absence of a law regulating euthanasia in India, the court stated that its decision becomes the law of the land until the Indian parliament enacts a suitable law. Active euthanasia, including the administration of lethal compounds for the purpose of ending life, is still illegal in India, and in most countries.

Below I’m citing down the  case that legalized passive Euthanasia in India. ;

Aruna Shanbaug was a nurse working at the KEM Hospital in Mumbai on 27 November 1973 when she was strangled and sodomized by Sohanlal Walmiki, a sweeper. During the attack she was strangled with a chain, and the deprivation of oxygen has left her in a vegetative state ever since. She has been treated at KEM since the incident and is kept alive by feeding tube. On behalf of Aruna, her friend Pinki Virani, a social activist, filed a petition in the Supreme Court arguing that the “continued existence of Aruna is in violation of her right to live in dignity”. The Supreme Court made its decision on 7 March 2011.The court rejected the plea to discontinue Aruna’s life support but issued a set of broad guidelines legalizing passive euthanasia in India. The Supreme Court’s decision to reject the discontinuation of Aruna’s life support was based on the fact that the hospital staff who treat and take care of her did not support euthanizing her.

While rejecting Pinki Virani’s plea for Aruna Shanbaug’s euthanasia, the court laid out guidelines for passive euthanasia.[According to these guidelines, passive euthanasia involves the withdrawing of treatment or food that would allow the patient to live.Forms of active euthanasia, including the administration of lethal compounds, legal in a number of nations and jurisdictions including Belgium and the Netherlands, as well as the US states of Washington and Oregon, are still illegal in India.

Elsewhere in the world active euthanasia is almost always illegal. The legal status of passive euthanasia, on the other hand, including the withdrawal of nutrition or water, varies across the nations of the world. As India had no law about euthanasia, the Supreme Court’s guidelines are law until and unless Parliament passes legislation. India’s Minister of Law and Justice, Veerappa Moily, called for serious political debate over the issue. The following guidelines were laid down: 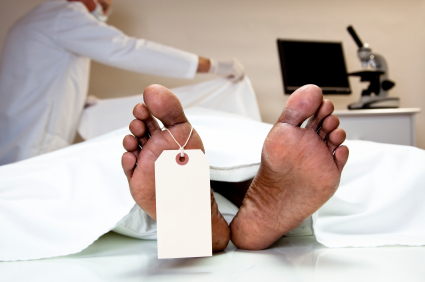 Disclaimer:The materials on this website are provided for informational purposes only and do not constitute legal advice. These materials are intended, but not promised or guaranteed to be current, complete, or up-to-date and should in no way be taken as an indication of future results. Transmission of the information is not intended to create, and the receipt does not constitute, an attorney-client relationship between sender and receiver. The newsletters and articles on this website are offered only for general informational and educational purposes. They are not offered as and do not constitute legal advice or legal opinions. You should not act or rely on any information contained in this website without first seeking the advice of an attorney.